Number of new houses being built plummets by nearly 16%

There has been a 2.2 per cent decline in the average price of new home since July 2018, according to the New Housing Price Index released Thursday by Statistics Canada for September 2019.

It's a downward trend in prices and demand that comes as unsurprising news for Jim Sparrow, a long-time realtor with Royal LePage in Calgary.

"The resale prices have been falling for most of the past five years since the price of oil fell," said Sparrow.

Despite lower prices on new single-family detached homes, it's the slowest year in real estate sales the city has had in 23 years, says Sparrow.

Fewer houses to be built

Along with a consistent drop in the prices of new single-family detached homes in Calgary, there was also a drop in houses being built in the city.

There were 15.8 per cent fewer housing starts for single-family detached homes compared with the same period between January and September last year, according to the Canada Mortgage and Housing Corporation.

This is because there were already too many homes built previously than were needed, says Ann-Marie Lurie, the chief economist with the Calgary Real Estate Board.

"The resale side of the market is oversupplied as well. So there is a lot of products available for detached in new as well as in resale," Lurie said.

"Because of that, that adds that additional pressure on the new home side and is likely causing them to start reducing some of their starts activity."

Lurie says there has been an increase in the sales of detached homes in the under $500,000 segment and of apartments, semi-detached homes and half-duplexes.

"It's because they are, by far, the most affordable," said Lurie.

"For many people who, you know, are interested in a specific community, maybe they can't get into a detached home, but attached, that provides an option for them."

Buyers are really hard to find these days for homes in pretty much any price range.- Jim Sparrow

Despite it being a slow year, Sparrow says detached homes still make up the majority of sales on the MLS in Calgary, just at lower prices.

"Buyers are really hard to find these days for homes in pretty much any price range," said Sparrow.

"If you're selling your house, you have to take a deep, deep breath and you have to lower your price to probably well below what you thought your house was worth. And even then, you're in for a challenging time."

It's not all downward trends. Recently, sales of detached homes have incrementally increased in the past few months, but not in a significant way, says Sparrow.

"That's insignificant in terms of the number of properties sold. It's a really slow market and it's impacting everybody that's involved," he said.

Sparrow points to the struggling oil and gas industry in the province as a reason for the downward shifts in the housing market in Calgary.

"There's a lot of people that aren't impacted by the price of oil. But ultimately, I think they will be because Calgary still runs on oil and gas," he said.

"When you take this many people out of the industry … they have no choice but to leave the province if they want to make a living.

"It starts to take something away from the city."

"Most of that migration growth into the city has been more in terms of international migrants. So they're not necessarily owners immediately," she said.

She says that lending rates and competing products on the housing market play their part in the decline.

"There's the detached product, but there's also available supply options for attached products … which gives an alternative for people who are looking for more affordable product to the market," said Lurie.

"I don't think we're going to have any dramatic change in demand next year unless there's a shift in economic conditions. 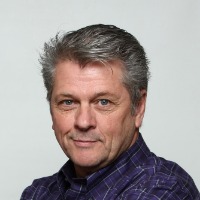